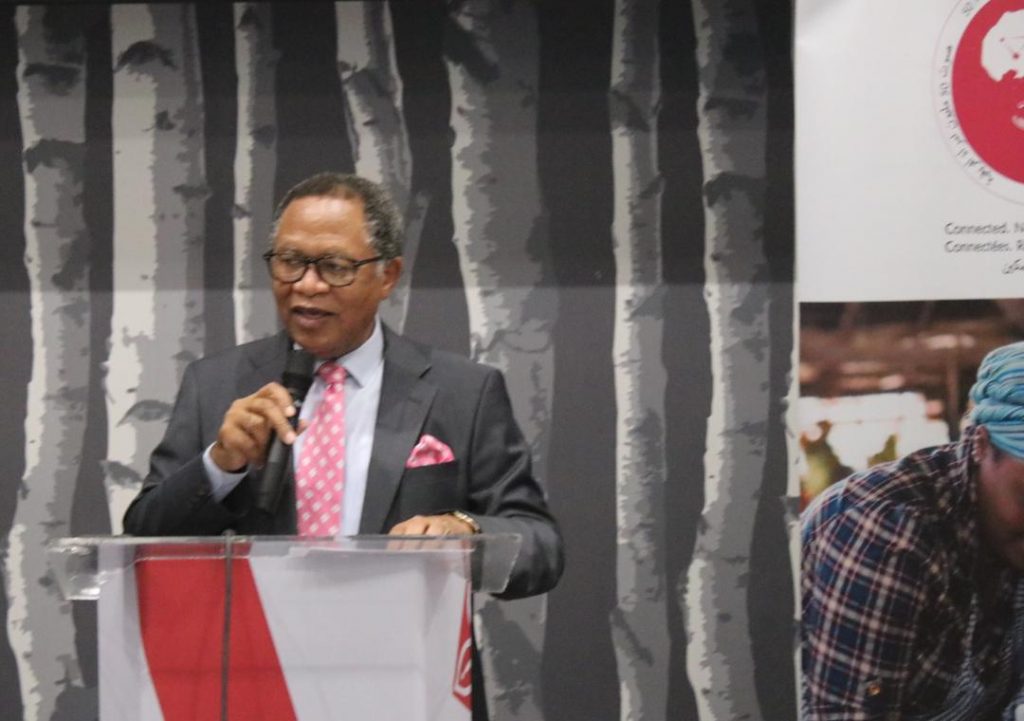 The national launch of the platform kept in tradition with previous launches and was conducted under a hybrid arrangement where a limited number of local participants gathered physically at the launch venue and were joined virtually by several invited guests.

Chief Guest Hon. Themba Masuku said the 50 Million African Women Speak platform could not have come at a better following the social and economic disruptions by COVID-19.

“Let us take advantage of this initiative”, the Eswatini Deputy Prime Minister urged emaSwati women. “I urge all women to embrace the platform so that their businesses survive after the pandemic.”

Hon. Themba Masuku commended COMESA and the AfDB for their support over the last two years which has made it possible to realise the platform.

“The launch of the 50MAWSP is yet another example of the results of our strong relationship. COMESA also deserves credit for ensuring closer collaboration at Member State level,” he said.

COMESA Secretary General Ms. Chileshe Kapwepwe on her part said that the platform would give women a lifeline post-COVID.

“The disruptions caused by the pandemic are not the end of your business, or your entrepreneurial aspirations. They are simply the beginning of life on the 50 Million African Women Speak platform,” Ms. Kapwepwe said.

“Nothing beats 50 Million African Women Speak as a tool specifically built to create a new world of opportunities for women in our COMESA region, and indeed, the African continent as a whole. It speaks directly to the needs of the liSwati woman by providing information on where she can access financial services, training facilities and opportunities for mentorship, among others,” the Secretary General said.

Ms. Kapwepwe thanked the African Development Bank for the financial support which has made the 50 Million African Women Speak platform possible and urged the government of the Kingdom of Eswatini to devote the required resources to ensure its sustainability.

The 50 Million African Women Speak platform aims to facilitate a dynamic and engaging exchange of ideas among women entrepreneurs, using in-built social media functionality to connect them with one another in ways that will foster peer-to-peer learning, mentoring and the sharing of information and knowledge within communities, and access to financial services and market opportunities between urban and rural areas, and across borders and between countries.

Owing to the pandemic, national launch events of the platform will be held either virtually or as a hybrid of virtual and conventional launches. Launch events in 10 other COMESA Member States are planned. The next launch is scheduled for 22 October 2020 in the Democratic Republic of Congo.