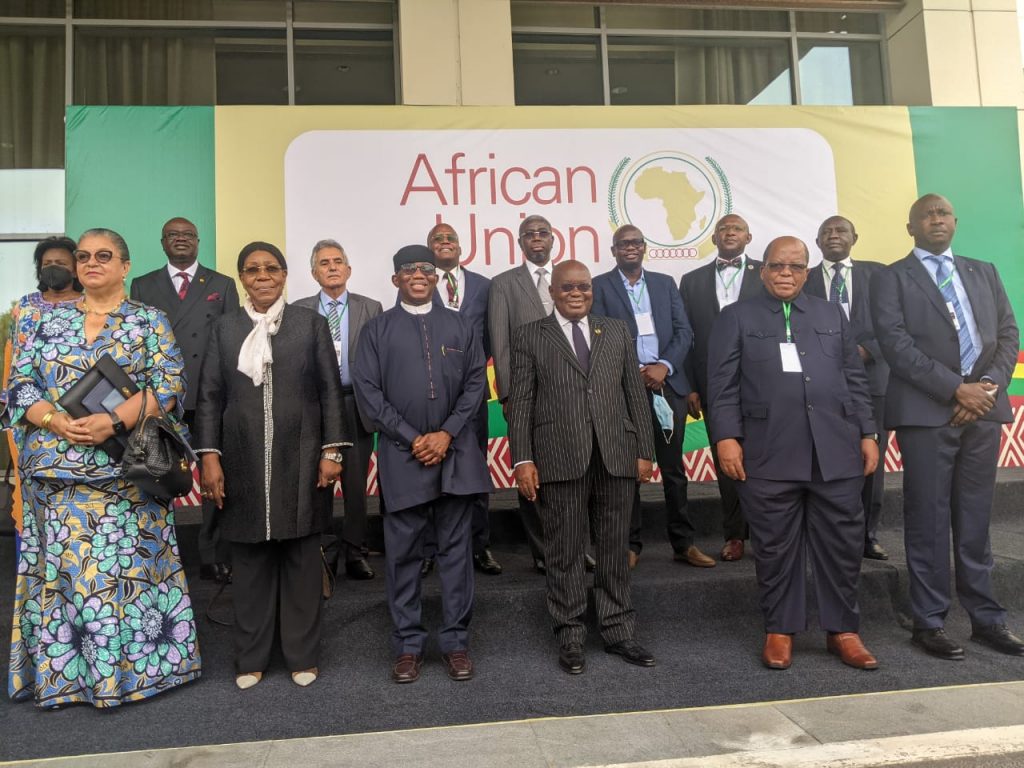 COMESA Secretariat represented by officials from Governance, Peace and Security (GPS Unit) participated in a four-day symposium organised by the African Union Commission (AUC) to exchange views on efforts to be used to address the resurgence of unconstitutional changes of government in the continent.

Key on the agenda was the need to discuss and understand the resurgence of unconstitutional change of government in Africa, the underlaying structural drivers, the emerging threats and security implications.

After reviewing and deliberating the recent developments on the continent, the symposium acknowledged that significant efforts have been made in addressing the situation of unconstitutional changes of governments through different measures. It was noted that Member States had made a fair effort in promoting democracy and good governance including through holding free, fair and transparent elections and upheld term limits contained in the respective constitutions.

The symposium however acknowledged that there are emerging challenges that need concerted and collective efforts to address. It was pointed out that Africa still faces complex challenges particularly gaps in governance and security challenges such as terrorism and violent extremism, illicit circulation of arms and weapons, corruption, illicit financial flows, human trafficking, outbreaks of epidemics and pandemics, impact of climate change, youth unemployment and a slow process of ratification of AU and RECs instruments.

These challenges continue to hamper continental and regional efforts to address socio-economic governance, peace and security issues including the resurgence of unconstitutional changes of governments.

According to the ACCRA Declaration issued at the end of the symposium on 17 March 2022, the delegates agreed that in responding to the challenges, it was critical to ensure political commitment and active engagement of all Member States and its citizens in find solution under the mantra “Africa solution to Africa problems’

The symposium called for all necessary measures to be undertaken to strengthen AU/RECs common position on peace and security issues and addressing people’s concerns to ensure that the root causes to unconstitutional change of governments are addressed and resolved amicably.   In response to this, COMESA will enhance the implementation of its early warning system, which is designed to identify structural and root factors to various aspects of vulnerability, including vulnerability in democratic governance.  COMESA, which, in response to several policy organ decisions prioritises partnership with the AU, and other RECs will continue to make deliberate effort to advance the common positions that are reached on matters of peace and security.

The Declaration also called on leaders to fully utilise the digital revolution and enhance effective communication between the State and its citizens, particularly the youth.

The Symposium called on leaders to continue creating a conductive environment for the effective participation of women and youth in the peace and development process at the national, regional and continental levels.