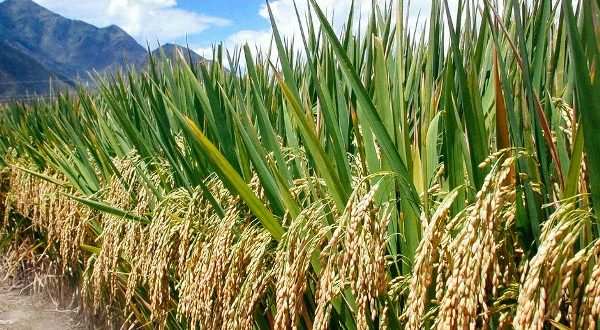 Most countries in the COMESA region have recorded an above average yield in the production of staple foods for the 2019/2020 farming season, and this is expected to reduce hunger among the 560 million people.

According to COMESA Seed Expert Dr John Mukuka, the increase is due to the fact that 90% of the 80 million smallholder farmers involved in the production of staple foods in the Member States,  now have access to affordable, quality and improved seed. However, the production of the same staple food crops for the coming season of 2020/21 is likely to drop due to the impact of COVID-19.

“It is estimated that agricultural production is likely to contract between 2.6% and up to 7% in the region due to COVID-19. This might result in increased prices of food (especially staples such as wheat, maize and rice) due to mainly disruptions to the agriculture and input supply chain,” he said.

This data on staple food production has been collected from selected member countries under the COMESA Seed Harmonisation Implementation Plan (COMSHIP) in collaboration with the Indaba Agricultural Policy Research Institute (IAPRI) in Zambia and FAO’s Global Information and Early Warning System (GIEWS).

In Burundi, the 2019 aggregate cereal production was about 326 000 MT, similar to the 2018 output and about 10 percent above the average of the previous five years.

The 2019 cereal production in Egypt is forecast at 22 million MT, about the same as in 2018, but about 6 percent below average due to decline in rice production.

According to the data, Eswatini harvested an estimated 95 000 tonnes of maize in May 2019 which was 16 percent below the previous year’s high level, but still 10 percent above the five year average.

In Ethiopia, harvesting of the 2019 main “Meher” season crops is well underway and production prospects are generally favourable. In western key producing areas of Benishangul Gumuz, western Amhara and western Oromiya regions, the June – September 2019 “Kiremt” rains were up to 30 percent above average, with a positive impact on yields.

In Madagascar, paddy yields are forecast to be below average in 2020 in the paddy producing districts in Anosy and Ihorombe, as a result of erratic rainfall and seasonal totals that have been below average, hindering crop development.

In Malawi, production of other cereal crops, mainly rice and sorghum, was also estimated at above average levels as favourable weather conditions boosted the area planted and yields. Overall, cereal production in 2019 is estimated at 3.7 million tonnes, 12 percent above the five year average.

In Rwanda, the cereal production at about 733 000 tonnes, about 3 percent up from 2018 and 12 percent above the average of the previous five years.

In Mauritius, the production of paddy, the principal cereal produced in the country, increased on a yearly basis, mostly on account of favourable weather conditions that boosted yields. In addition, the yield of vegetables and fruits are estimated to be 35 percent above the level of the corresponding period in 2018.

In Zimbabwe production of cereals in 2019 was below average level of 944,000 MT due to unfavorable weather conditions. To increase imports, the government lifted the ban on imports of Genetically Modified (GM) grains in December 2019, introducing a rule that provides for grains to be be put into quarantine before being milled into flour.