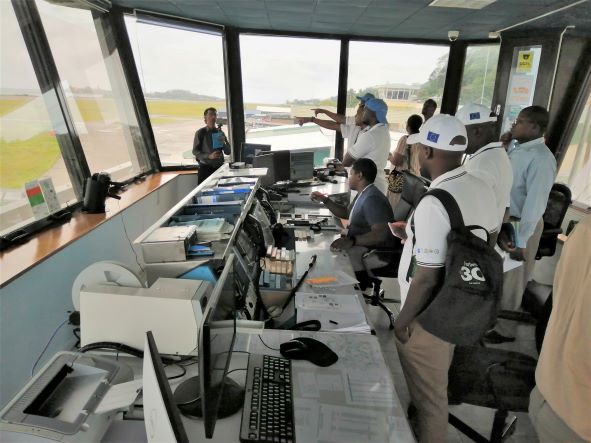 Seychelles, Saturday, October 29, 2022: In an initiative aimed at strengthening air travel and ICT connectivity, five regional economic communities and the European Union have enlisted the regional media to raise public awareness on the implementation of two projects. These are Support to the Air Transport Sector Development (SATSD) and the Enhancement of Governance and Enabling Environment in the ICT Sector (EGEE-ICT).

Both programmes are funded by the European Union through Grant Contribution Agreements each amounting €8 million. They cover regional economic communities (RECs) in the eastern and southern and the Indian Ocean namely; COMESA, East African Community (EAC), Inter-Governmental Authority on Development (IGAD), Southern Africa Development Community (SADC) and Indian Ocean Commission (IOC). COMESA is the lead REC in the implementation.

SATSD is a four-year programme aimed at supporting the operationalization of the Single African Air Transport Market (SAATM); strengthening the regulatory and institutional capacity of civil aviation institutions; and improving air navigation efficiency in the Eastern Africa, Southern Africa and the Indian Ocean (EA-SA-IO) region.

The EGEE-ICT programme aims at enhancing the governance and enabling environment in the ICT sector in the EA-SA-IO region by supporting the effective review and/or development of various regional policy and regulatory framework in a harmonized manner thus contributing to enhanced competition and improving access to cost effective and secure ICT service. It is a four-year programme as well.

Subsequently, a regional media training and familiarization workshop on the two programmes was conducted in Seychelles, 26 – 28 October 2022. It was intended to bridge the knowledge gap in the media industry on aviation and ICT issues for effective reporting and coverage of these regional integration programmes at the national, regional, continental, and global arenas.

Participants at the workshop were drawn from Angola, Comoros, Djibouti, Eswatini, Lesotho, Madagascar, Malawi, Mauritius, Mozambique, Seychelles, Zambia and Zimbabwe. Others were representatives of EAC, IGAD, IOC, SADC and officials from the Ministry in charge of Aviation and Information Communication Technology (ICT) in Seychelles.

“Having a single unified air transport market gives an added impetus to the continent’s economic integration agenda in the Single African air transport market,” Faure said. “At the same time, we are looking at strengthening the inter-regional connectivity of our respective capitals.”

He added: “We are hopeful that this will lead to transformative e-applications and services in Africa; especially in the intra-Africa broadband infrastructure and cyber security in ICT.”

Mr Dzawanda said an informed media plays a critical role in setting the national and regional agenda, thus ultimately influencing the perception of the general public what people think or talk about.

“To fulfil this critical role, media practitioners need to be knowledgeable of the regional issues to enable them to report accurately and factually,” he added.

Participants were conducted on a facility visit to the Seychelles airport and the termination point for an undersea fibre optic cable for deeper understanding of the two infrastructure facilities.

The SATSD and EGEE-ICT are key contributors to the AU flagship projects namely the Pan African e-Network, Policy and Regulation Initiative for Digital Africa (PRIDA) and the Single African Air Transport Market.