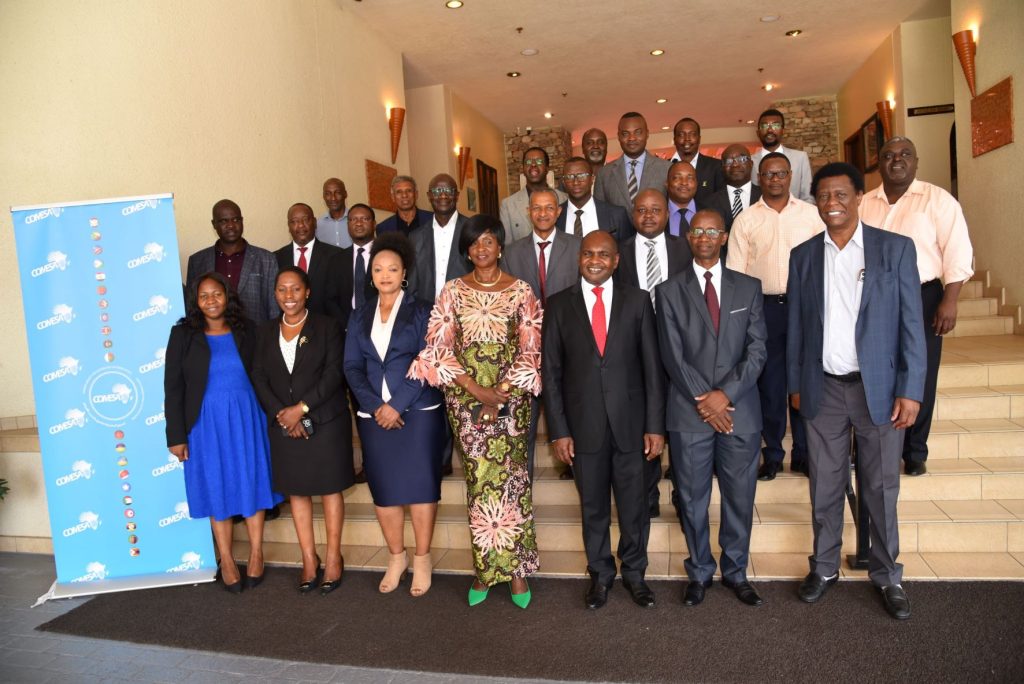 Over 1,282 Regional Customs Transit Bonds, amounting to US$1billion have been executed in the Northern and Central transport corridors in 2022 alone signifying a reduction in cost of transit and transport of goods by between 15 and 20 percent.

The two Corridors link Kenya, Uganda, Rwanda, Burundi, Tanzania and DR Congo which are part of 13 countries that have joined the COMESA Regional Transit Guarantee (RCTG) Scheme. Other countries in the scheme are Djibouti, Ethiopia, Madagascar, Malawi, South Sudan, Sudan and Zimbabwe.

The RCTG, also known as Carnet, is a Customs transit regime designed to facilitate the movement of goods under Customs Seals in the region. It provides a uniform basis for transit movement through the region, where only one guarantee is used to cover goods in transit throughout all transiting countries. Currently, it is fully operational in Burundi, Kenya, Rwanda, Tanzania and Uganda.

The COMESA RCTG is the first regional guarantee system in Africa, recognized by the World Customs Organization and has attracted membership from Non-COMESA States such as Tanzania and South Sudan.

Currently, 1,077 Clearing and Forwarding Agents and Sureties are participating in the scheme with over 80% of them being small and medium-sized businesses. Fifty-one insurance companies are participating while the Premium collected as of 31 December 2021 amounted to US$833,530.

With the success of the regime in the northern corridor, focus now is on the North – South Corridor countries that links, among others, Tanzania, Malawi, Zambia, DR Congo, and Zimbabwe. Subsequently, a meeting of stakeholders from the five countries have been conducted in Victoria Falls, Zimbabwe 13 – 15 December 2022 to address outstanding issues towards the implementation of the RCTG scheme in the corridor.

Among them is the integration of Customs systems and the participation of Zambia which has not joined the RCTG due to concerns raised by its clearing and forwarding agents, that include among others, potential loss of business.  Owing to its location, Zambia is a key transit hub, and its participation in the scheme is critical to the successful implementation of the RCTG in the corridor.

Speaking when he opened the stakeholders’ workshop, the Head of Transit Management, Customs and Excise at the Zimbabwe Revenue Authority Mr Alick Mutandiro observed that the current practice in the North-South Corridor countries of raising the customs transit bond in each country of transit is cumbersome, time consuming and costly. He said these costs can be reduced or minimized by implementing the RCTG.

“Nationally executed bonds have tied up a colossal sum of money belonging to importers, clearing and forwarding agents and transporters, which if released from the current system may be used for other productive purposes,” he said.

In her statement, Secretary General of COMESA Chileshe Kapwepwe noted that the movement of transit goods from the ports using only one regional bond and one Declaration has significantly contributed to the reduction of transit and transport costs and increased efficiency.

“The reduction is estimated at about $500 per container, $20 in documentation and significant reduction in transit time,” she added in her statement presented by the Chief Programme Director, Transit and Transport Facilitation, The COMESA Yellow Card & RCTG, Mr. Berhane Giday.

She said the concerns raised by stakeholders in the North – South Corridor are genuine and should be addressed through compromise or mutual concession.

Participants at the meeting include Customs Administrations, chief executives of insurance companies, national revenue authorities, ministries in charge of regional trade, representatives of the clearing and forwarding associations and the AFREXIMBANK which joined the RCTG as a regional surety.