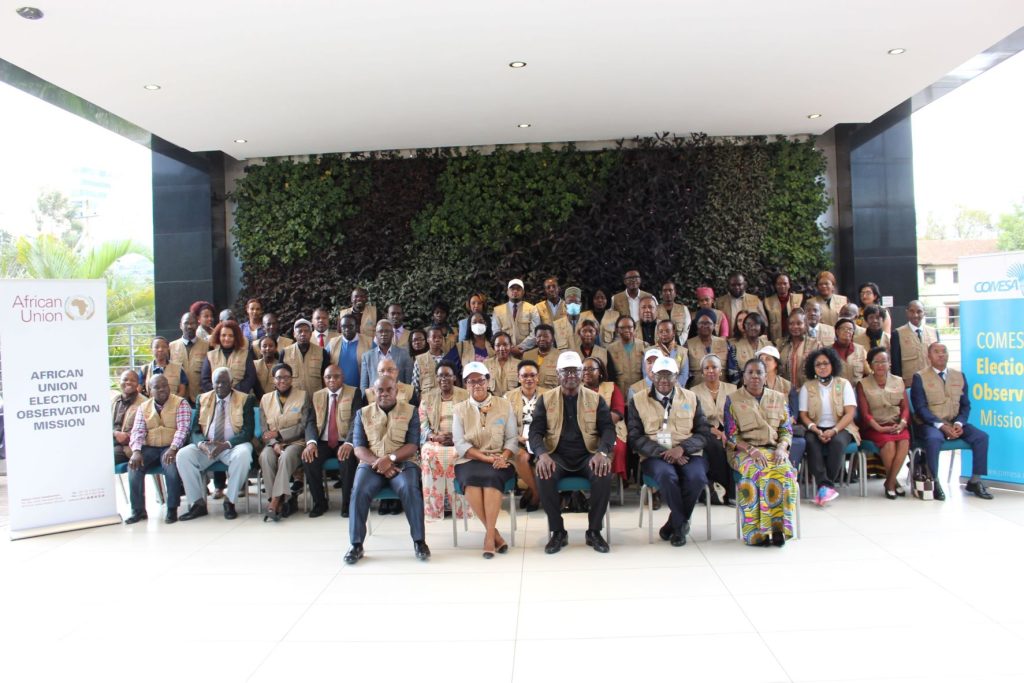 Nairobi, August 4, 2022: The African Union (AU) and the Common Market for Southern and Eastern Africa (COMESA), today officially launched their joint election observation mission to the upcoming General Elections in Kenya. The Joint Mission is led by former President of Sierra Leone,  Ernest Bai Koroma, supported by former Minister of Health and Social Development of Seychelles, Ambassador Marie-Pierre Lloyd, a Member of the COMESA Committee of Elders.

The objectives of the Mission is to assess the conduct of the 2022 General Elections as part of the AU-COMESA broad mandates to promote democracy and democratic elections in Africa in line with their overall vision of a peaceful, prosperous and integrated Africa.

Speaking at the launch of the Mission, President Koroma stated that the mandate of the joint AU-COMESA Election Observer Mission is an independent, objective, and impartial assessment of the electoral process in accordance with the provisions of the international standards and principles which the two organizations have committed to.

He emphasized that, “As Short-Term Observers you have a demanding task ahead of you and I hope that this three-day briefing programme will enrich your understanding of the context of the elections”, President Koroma added that, “The Mission will demonstrate the two organizations’ joint efforts to promote peaceful, free, fair, transparent and credible elections that will strengthen Kenya’s democratic process.”

In her remarks, Ambassador Lloyd, who is the deputy leader of the Joint Mission, said the launch demonstrates the importance of the 9  August elections,” which is not just recognized by COMESA and the AU but also by the broader international community as evident in the record number of former presidents leading the observer missions.”

A three-day orientation and briefing exercise for the observers was also launched to run from 4  to 6 August 2022.

The AU and COMESA began joint engagements in Kenya’s electoral process in May this year, with the deployment of a high-level pre-election assessment mission to assess the preparedness and the context in which the elections will take place. A joint Election Experts’ Mission began in June and a Long-Term Election Observation Mission followed in the month of July 2022.

The Short-Term Observers will be deployed to various electoral areas of the country on Sunday, 7 August 2022.