The Federal Democratic Republic of Ethiopia is located in the Horn of Africa and shares borders with Eritrea to the north, Djibouti to the northeast, Somalia to the east, Kenya to the south, South Sudan to the west and Sudan to the northwest. With over 109 million inhabitants as of 2019, Ethiopia is the most populous landlocked country in the world and the second-most populous nation on the African continent. The capital city is called Addis Ababa, and lies a few miles west of the East African Rift that splits the country into the Nubian and Somali tectonic plates. Ethiopian national identity is grounded in the indigenous Amharic language, the historic and contemporary roles of Christianity and Islam, and the independence of Ethiopia from foreign rule, stemming from the various ancient Ethiopian kingdoms of antiquity. 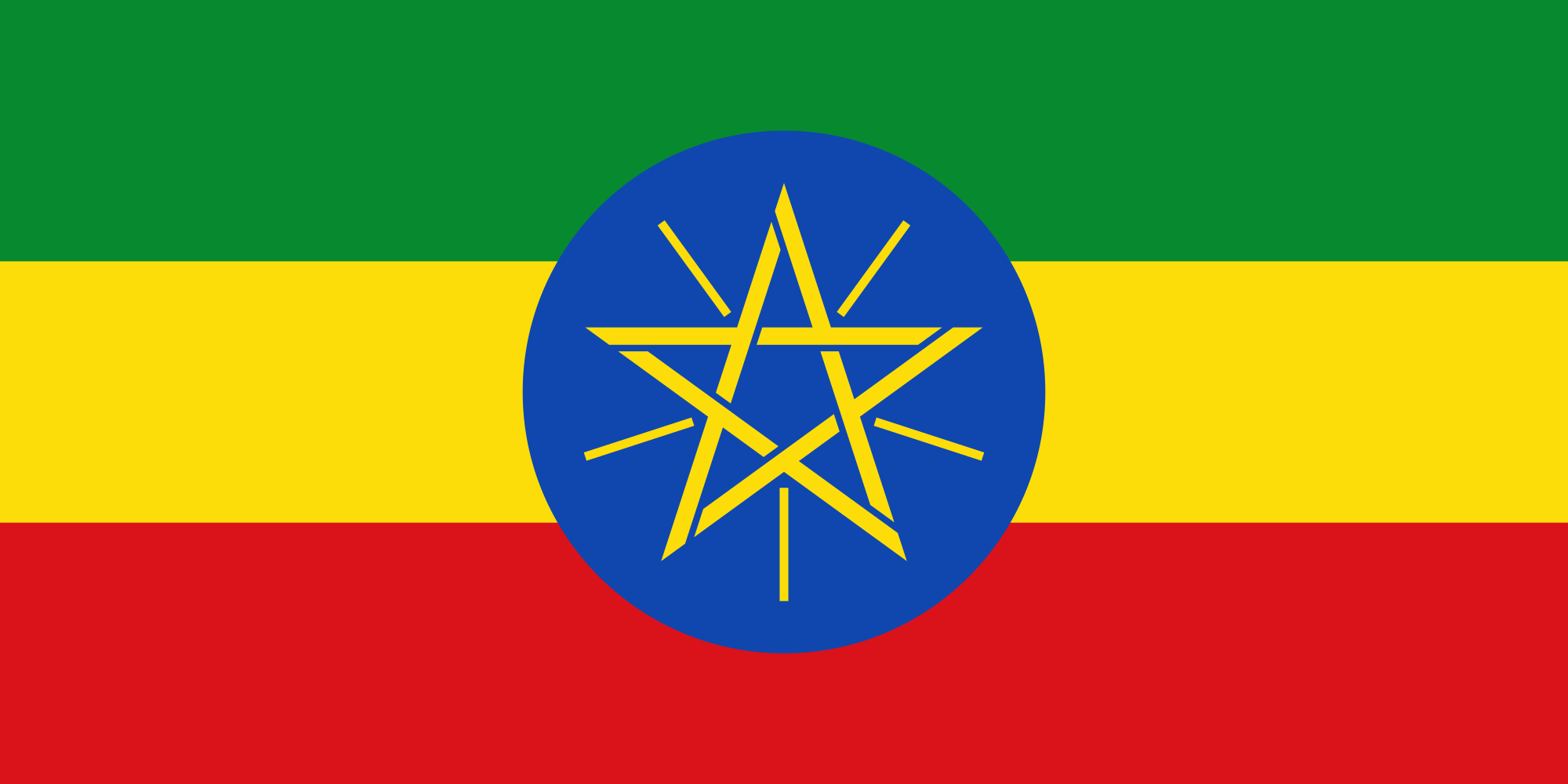 Natural Resources: Ethiopia has small reserves of gold, platinum, copper, potash, and natural gas. It has extensive hydropower potential. Of the total land area, about 20 percent is under cultivation, although the amount of potentially arable land is larger.
Time Zone: GMT+3
Government website: www.ethiopia.gov.et
Ethiopian Chamber of Commerce
http://ethiopianchamber.com/