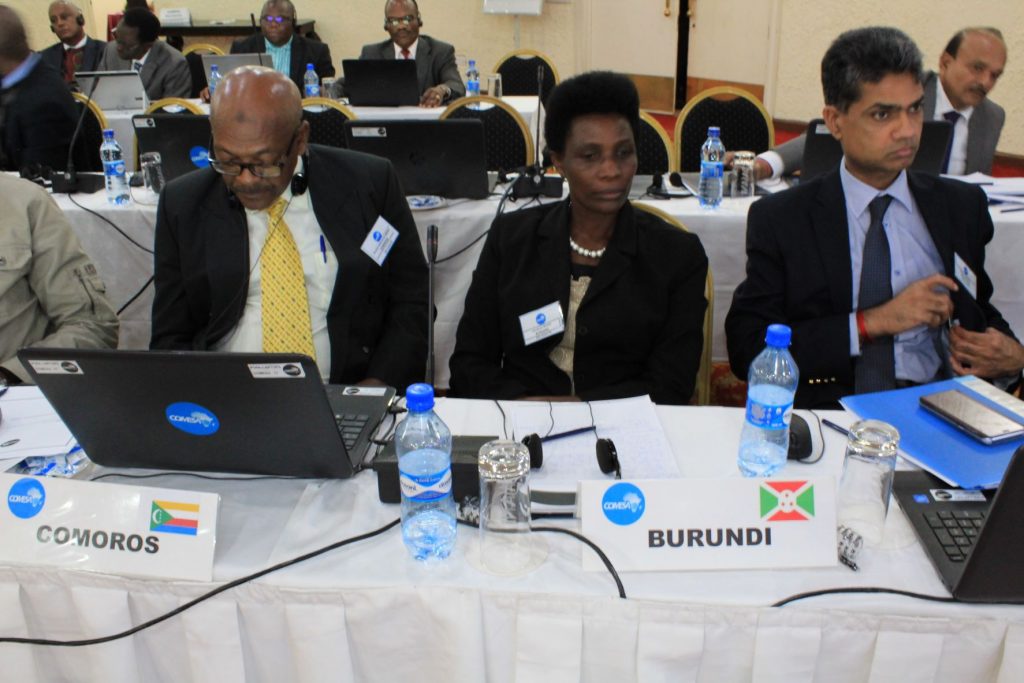 There is fresh attempt to revitalize the COMESA Customs Union agenda, which will result in the full realization of the Common Market. The COMESA economic integration timetable envisaged the attainment of the Customs Union by 2004, but this has since faced headwinds that has stalled the programme.

As a result, COMESA Secretariat has called for interventions to address the implementation of the regional Customs Union agenda by including it in the Customs and Trade and Facilitation Work Programme for 2021-2023. Addressing the 7th Meeting of the Heads of Customs Sub-Committee on 6 October 2021, Assistant Secretary General of COMESA in charge of programmes, Dr Kipyego Cheluget said the attainment of this milestone has faced considerable challenges even though Member States and the Secretariat have worked hard to address the emerging challenges.

“Between 2012 and 2017 concerted efforts were made to get this process back on track,” he said. “National consultations were facilitated, and technical studies were undertaken and at the end of it all, we set ourselves certain actions that seem to have fallen through the cracks as there has been limited activity on Customs Union related issues after 2017.”

“We can still address the outstanding issues and you have an opportunity to revisit these issues when you consider the Customs and Trade and Facilitation Work Programme for 2021-2023,” he added urged the heads of Customs administration.

Through financial support from the European Union under the EDF 11 Trade Facilitation Programme, COMESA has been supporting interventions specifically aimed at building the capacity of Customs Administrations.

The other key item on the agenda was the implementation of measures under the World Trade Organization (WTO) Trade Facilitation Agreement. The agreement is being implemented since February 2017 with most COMESA/WTO Member States having notified their needs in technical assistance and capacity building under the Special & Differentiated provisions of the Agreement to the WTO Secretariat.

Emerging reports, however, show that this support is not readily available, and Member States are now requesting that COMESA acts collectively to address implementation challenges as decided by Council in 2015.

“If the COMESA region fully implements the WTO measures as expected, the trading environment of the region will be enhanced and will lead to increased intra-regional trade,” Dr Cheluget stated.

He urged Customs Administrations to facilitate cross-border trade flows in an efficient manner that reduces NTB’s and creates a trading environment where products from the COMESA region remain competitive and can be traded locally, regionally and globally.

The meeting, which was virtual, also discussed the following reports: The inaugural meeting on Customs Capacity Building, validations workshops on cross border management guidelines and Authorized Economic Operators (AEO) Standard Operating Procedures Manual; an update on the implementation of the 2018-2020 Customs and Trade Facilitation Work Programme and proposals for the Work Plan for 2021-2023. The

An update was provided from UNCTAD, on the implementation of delegated activities under the 11th European Development Fund – Trade Facilitation Programme on the Customs Automation Regional Support Centre and Regional Trade Information Portal.