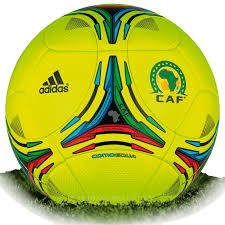 More than twelve trade agreements which have been operational in the Common Market for several years have been banned for being anti-competition. The action was taken by the COMESA Competition Commission (CCC) after assessing the agreements in place up to 2019.

Among them was that between Confederation Africaine de Football (CAF) and Lagardere Sports S.A.S (LS). In the agreement, CAF had granted the exclusive right to commercialize its broadcasting and marketing rights to LS in the Common Market for an extended period of over twenty years.

Other sectors in which the Commission reviewed were distribution agreements affecting alcoholic and non-alcoholic beverages and the fast-moving consumer goods.

In another case regarding consumer protection, the Commission intervened and had the Ethiopian Airlines compensate passengers who had been inconvenienced as a result of overbooking.

Meanwhile, the Commission has cautioned consumers in the region to be alert lest they fall victim to fraud during this time when most business are operating online due to the Coronavirus pandemic.

In a statement issued in Lilongwe, Malawi, the Commission noted that most consumers have resorted to online purchases to avoid close physical contact in the conventional markets and also in compliance with directives from their respective governments.

“We are aware that consumers may be subject to online fraud and similar such vices during this time,” said the Commission in a statement issued by the Chief Executive Officer Mr. George Lipimile.

Since 1st April 2020, the Commission has embarked on an awareness campaign aimed at encouraging consumers in the Common Market to be aware of scams from businesses that make false claims. Online shoppers are advised to report complaints of such fraud to the Commission.