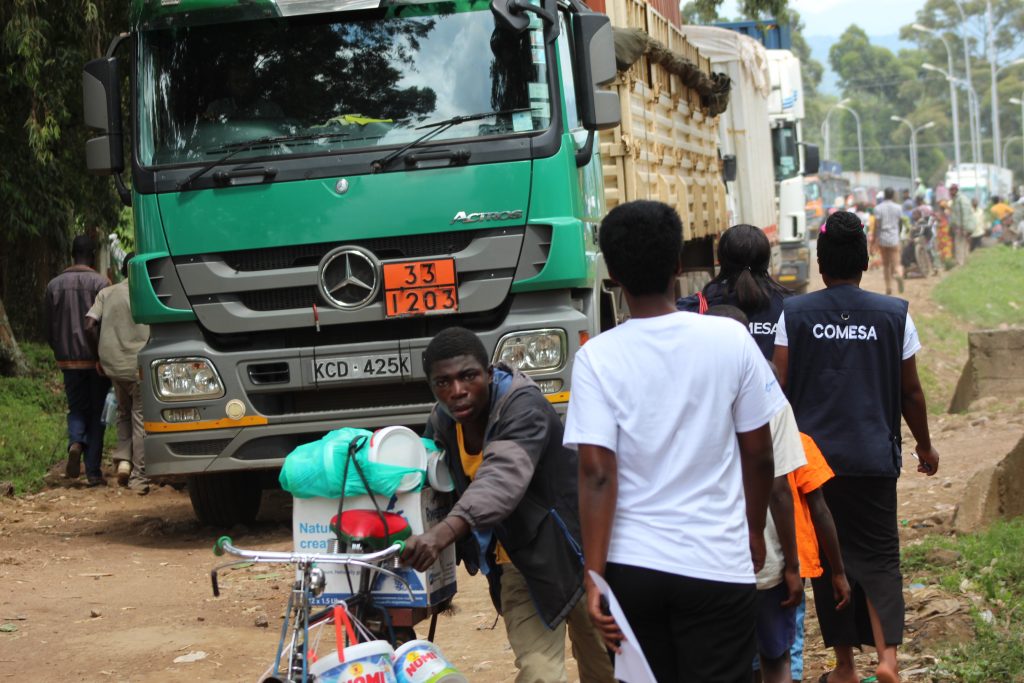 COMESA has engaged with the World Bank to extend the duration of the implementation period of the Great Lakes Trade Facilitation Project (GLTFP) by one year. The no-cost extension is expected to make up for lost  implementation time during the Covid-19 restrictions on movement.

The four-year GLTFP is poised to end in December this year having accomplished its work programme, but this is not feasible as most activities have slowed drastically. The  project was  developed to facilitate small cross-border trade  by  increasing  the  capacity for  commerce and  reducing  costs  faced  by  the  traders in eastern D R Congo bordering western Uganda and Rwanda.

Last week, the World Bank and COMESA conducted an online supervision meeting in which the performance of the programme was reviewed against the Covid-19 pandemic. The meeting noted that, the restrictions imposed by Member States in response to Covid-19 had particularly hit the core of the project, which is facilitation of small-scale trade across borders.

“There is no doubt that Covid-19 outbreak has disrupted implementation of the project in D R Congo, Rwanda and Uganda leading to suspension of some activities as Member States instituted lock downs and/or restrictions on cross-border movements,” Dr. Kipyego Cheluget, COMESA Assistant Secretary General told the meeting.

Making the case for the project extension to December 2021, Dr Cheluget noted that thousands of traders that depend on cross border trade have substantially lost their livelihoods hence compromising their economic well-being and it was therefore necessary to help them recover.

So far, COMESA Secretariat has embarked on an evaluation of the negative impacts of the pandemic across socio-economic spectrum and especially the vulnerable groups. The results of the economy-wide study are expected to complement national strategies towards recovery, and particularly supporting vulnerable segments of society.

Through focus group discussions, the project has engaged  the small-scale cross-border traders to capture their views on various project aspects, including how they were being supported to conduct their businesses across the borders and some of the challenges they were facing.

Last month, COMESA developed and issued a raft of guidelines to facilitate trade, which are expected to support the sector during the time of the pandemic. The guidelines, which were adopted by the Council of Ministers on 14 May 2020 are expected rally Member States to adopt common standards and minimize disruptions to cross-border trade and supply chains.

The World Bank appreciated the COMESA Secretariat, through its Communications Unit, for coordinating a successful publicity campaign in Uganda through the production of radio programmes in the GLTFP border posts.  During the publicity campaign, 13-week programmes were produced highlighting the benefits of the project and the rights of women cross-border traders among other pertinent issues.

“The communications and visibility radio campaign in Uganda using went extremely well,” said Mr. Charles Mr Kunaka, the World Bank Technical Team Leader. “We have information that people especially the cross-border traders benefited immensely due to the programmes you produced together with the national project implementation units.”

Dr Cheluget appreciated the World Bank for the continued support to improve economic well-being of the vulnerable communities in the conflict prone Great Lakes region.