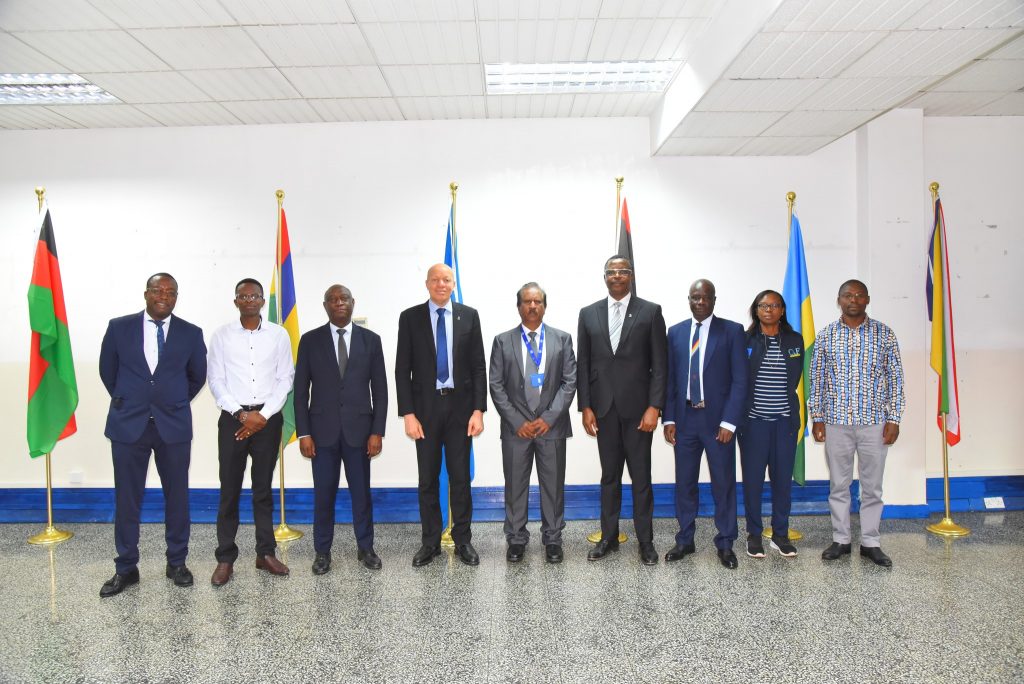 The Alliance for a Green Revolution in Africa (AGRA) and COMESA will renew their commitment to enhance the production of food to ensure food security and regional food balance. The aim of this commitment is to eradicate poverty by the year 2030.

This follows a visit by AGRA’s deputy president in charge of policy and state capability Apollos Nwafor to COMESA Secretariat on 30 March 2022 and subsequent talks with the assistant secretary general – finance and administration in COMESA, Dr Dev Haman.

Mr Nwafor said AGRA is mobilizing at least $500 million in the next five years to directly increase incomes and improve food security for nine million farm households. This will be directly from its activities, its grantees and partners, to increase productivity and access to markets and finance. It is part of the new AGRA Strategic Framework 2030 to scale-up, accelerate and create conditions for agricultural transformation.

“Four years into our five-year strategy, integration is at the heart of everything AGRA does such as multiple systems working together to deliver fertilizer, seeds and knowledge to smallholder famer,” he added.

The rapidly rising demand for food, he noted, fuelled by population and income growth, provides major opportunities for agri-food systems to accelerate employment creation, boost continental trade, strengthen resilience, and transform African economies. He said the value of Africa’s food market is projected to increase from US$313 billion in 2010 to US$1 trillion in 2030.

Dr Haman urged AGRA to extend their services to other countries which have potential for agricultural growth. He cited Madagascar and Zambia as some of those whose agricultural productivity have huge potential if boosted.

“For Zambia is only using 14% of land for farming and if they used even 40% of the land, they will be able to feed the entire region because they have good climate. But lack of investments in good and climate smart farming practices compromises their productivity,” Dr Haman said.

He said COMESA was ready and capable of facilitating the production and distribution of agricultural products to markets through programmes that support these activities such as transport, and sanitary and phytosanitary standards.

Currently AGRA is working with 15 countries in Africa and aims to work with 30 by 2030.