Building Capacity for Key Stakeholders in the Regional Energy Sector 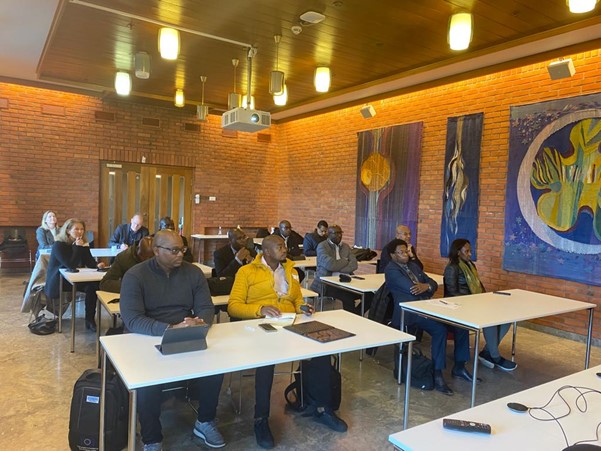 The project on Enhancement of Sustainable Regional Energy market for Eastern and Southern Africa (ESREM) has conducted a series of events in the region and beyond to promote renewable energy and energy efficiency, foster independent energy regulation and study tour on interconnected power system operations.

The latest was a workshop on the framework for regulatory oversight of the regional electricity market and renewable energy and energy efficiency strategy and action plan for Eastern Africa, Southern Africa, and Indian Ocean (EA-SA-IO).

The workshop was conducted in Dar es Salaam, Tanzania 17 – 18 April 2022, with participants drawn from Ministries of Energy in Burundi, Kenya, South Sudan, Tanzania and Uganda. Also participating were regulatory authorities from Burundi, Kenya, Rwanda, and Tanzania, Uganda; and a representative from the Energy Regulators Association of East Africa (EREA).

Two reports were discussed including the Framework for Regulatory Oversight of the Regional Energy Market in EA-SA-IO region and the Renewable Energy and Energy Efficiency Strategy and Action Plan.

Following the discussions, key barriers for scaling up renewable energy (RE) and energy efficiency (EE) activities in the region that need to be addressed were identified. They include inadequate and weak enabling environment for RE and EE resulting in failure to attract investments.

The workshop therefore proposed strategic interventions and actions including the establishment of harmonized common regional RE/EE market for trading in technologies and services in the region. This is in addition to creating an enabling environment for private sector participation and investment in RE/EE across the region.

Earlier in Juba, South Sudan, ESREM project conducted a National Workshop on Regulation to facilitate dialogue between regulation experts from the region and the local energy sector leadership. The workshop was held on 24 – 25 March 2022 as part of the drive to establish an autonomous energy regulator.

Its main objective was to enable the target audience to appreciate the importance of establishing energy regulatory and institutional frameworks in supporting governments’ long-term objectives of providing affordable and reliable energy supply and services to its citizens.

In another initiative the ESREM project organized a study tour to the Nord Pool Market in Oslo Norway, 28 March – 8 April 2022, on interconnected power system operations and market surveillance.

In the tour were Members of the Eastern Africa Power Pool (EAPP), the Southern Africa Power Pool (SAPP) and their respective regional economic communities and regulators. The aim was to appreciate the concepts of energy imbalance processes and settlements; ancillary services trading; interconnected pools and market surveillance.

Nord Pool is considered a model market power pool globally, with about 80% of electricity and energy resources consumption in Europe thus provides a good example of regional power trading concept.

The study tour was therefore intended to strengthen the capacities of regional power pools and regional regulatory bodies and human resource to develop an efficient and sustainable regional energy market. This is especially significant as the region implements the Zambia-Tanzania-Kenya power interconnector, which is expected link energy markets of the two power pools the Eastern Africa Power Pool (EAPP) and the Southern Africa Power Pool (SAPP).