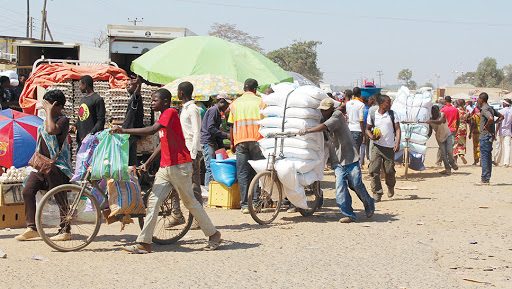 Small cross border trade between Burundi and the Democratic Republic of Congo is set to flourish after the two countries begun the process towards implementation of the COMESA Simplified Trade Regime (STR). This will be done under the soon to be launched Great Lakes Trade Facilitation and Regional Integration Project, (GLTFIP) which covers the two States and COMESA Secretariat.

The project is aimed at facilitating trade and increasing the competitiveness of certain value chains for traders, especially small-scale traders and women traders, in targeted locations in the border areas of the Great Lakes Region, focusing on Burundi and DR Congo.

Among the planned activities include improving connectivity to markets across the borders through policy and procedural reforms, commercial infrastructure improvements and capacity building of both border agencies and traders

Under the GLTFIP, COMESA Secretariat will implement specific activities related to trade facilitation, policy harmonization and collaboration between Burundi and DR Congo and use its convening power to support the participating countries to fully implement the STR.

As part of preparations for the STR rollout, COMESA Secretariat through the current Great Lakes Trade Facilitation Project (GLTFP), convened a bilateral meeting between the two States from 15 to 18th September 2021 in Bujumbura, Burundi. The GLTFP is the forerunner to the GLTFIP and is lapsing at the end of this year paving way for the launch and implementation of the latter.

At the meeting, experts drawn from ministries of trade, trade facilitation institutions, customs and standard, and Sanitary and Phytosanitary Standards (SPS) agencies, private sector and project implementation units discussed and made recommendations to policy makers that will allow the smooth implementation of the STR.

Implementation of the STR is premised on three key tools or instruments that include the Simplified Customs Document, the Common List (of eligible products) and the threshold, together with the Charter on the minimum standards for the treatment of small scale cross-border traders in the COMESA region.

It requires institutional as well as infrastructure reforms such as changes in the tax regime at the customs entry points as well as introduction of an integrated border management system, particularly immigration procedures, to support improved movement of goods, persons and services and setting up of Trade Information Desks at the borders.

The meeting identified key issues for promoting trade between the two countries and came up with recommendations and common positions on possible solutions. A Memorandum of Understanding (MoU) will be developed for consideration by policy makers.

Besides the meeting, delegates conducted a familiarization visit to the Great Lakes project borders to see the trading activities and the general environment. In attendance were representatives of the World Bank which is supporting both the GLTFP and GLTFIP.