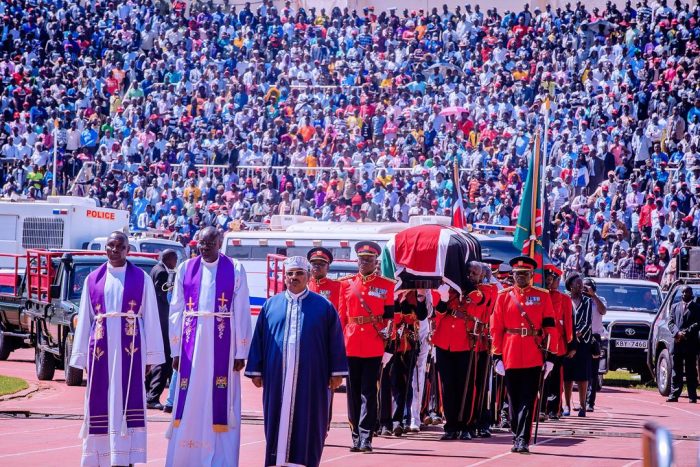 President Moi played a critical role in the revival of the collapsed East African Community and was also instrumental in the formation of the Common Market for Eastern and Southern African (COMESA).

President Moi is credited for maintaining his country’s stability and for preaching peace, unity and reconciliation, notably as he handed over power to his successor Mwai Kibaki.

“I will be leaving to be an ordinary citizen. But those who will assume the leadership of this country I appeal to you not to bring Kenya to shame. Don’t anchor your politics on hate. If there is anyone who insulted me, I forgive him. If I said something that hurt you, forgive me,” read part of the statement the President made during his handover speech.