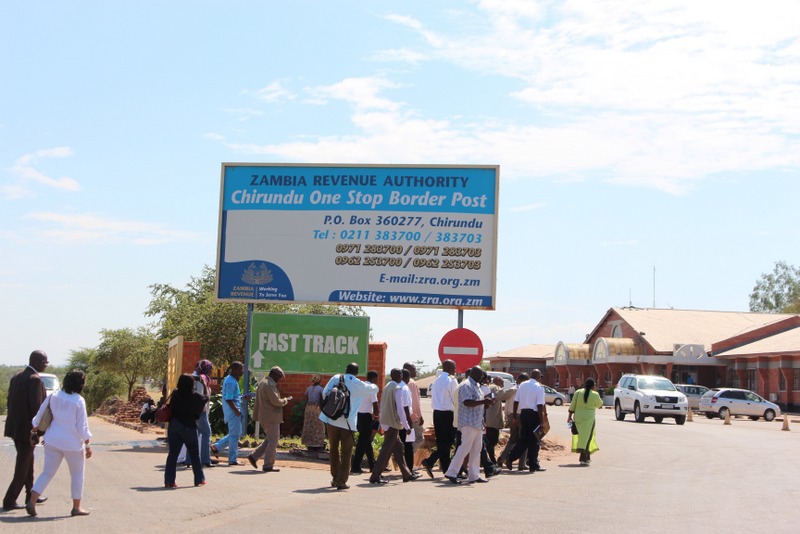 Friday, February 26, 2021: COMESA and Zimbabwe have signed an agreement that sub-delegates the implementation of Coordinated Border Management activities, Trade and Transport Facilitation programme at the Chirundu border post.

The sub-delegated activities are worth Euro 4.1 million to support upgrading of priority cross-border infrastructure and equipment at Chirundu border between Zimbabwe and Zambia. This is part of the EUR 48 million Trade Facilitation Programme (TFP), financed under the 11th European Development Fund (11 EDF) from the European Union (EU) to COMESA.

Ambassador Manzou stated that the signing of the sub-delegation agreement came after an assessment of existing challenges, conducted at the targeted border post, in early 2020. He thanked the EU for the support rendered under the programme through COMESA Secretariat to improve the facilitation of trade at Chirundu border post.

“He added:  “The support is a testimony of the continued and strengthened collaboration between Zimbabwe and the European Union.”

“The benefits for sub-delegation are that the Zimbabwe Ministry of Foreign Affairs and International Trade and beneficiary border agencies in Zimbabwe will improve their own systems. It is also an opportunity to upgrade the border infrastructures on the basis that the Ministry is best placed to understand the challenges and provide the best decisions of mitigating these challenges,” the COMESA Secretary General said.

She added that COMESA will facilitate financial, logistical and administrative processes. The funds will also support capacity building for stakeholders on innovative and state of the art border operations.  In addition, Zimbabwe will implement an awareness campaign on border information targeting customs cooperation and trade facilitation instruments.

“The desire of the Zimbabwean Government is to build on current trade facilitation efforts through programmes, such as the COMESA EDF 11 Trade Facilitation Project,” the Permanent Secretary said. “The interventions at the border post are expected to enhance efficiency and ultimately reduce the cost of doing business. The support is, therefore, timely as Zimbabwe grapples with the negative effects of the COVID-19 Pandemic.”

Mr. Jacek Jankowski, Ambassador of the European Union to Zambia and Special Representative to COMESA affirmed thus: “The European Union applauds the signing of the agreement between Zambia and Zimbabwe as it showcases a regional partnership which will strengthen trade facilitation in the region.”

He added, “The EU and its member states are keen to share their experiences from our own common market integration to steadily improve connectivity and regional integration in Africa.”

Mr. Timo Olkkonen, the Ambassador of the European Union to Zimbabwe observed that: “All countries in the region have a lot to benefit from deepened regional integration and increased trade. Economies of scale matter. Zimbabwe will benefit directly from trade facilitation and easier access across borders,” he noted.

The following are links to the 11th EDF programmes: