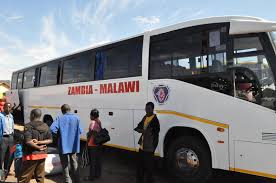 Malawi and Zambia recorded reduced trade flows in March and April according to the latest report from the COMESA Statistics on ‘COVID 19 Impacts on Trade’.  These were the first two months in which COVID-19 spread to the countries.

The statistics report, which is the first in a series of country by country surveys,  further states that Dedza border between Malawi and Mozambique is likely to lose 40% in customs duty revenue in May. As a result, Malawi Revenue Authority has introduced key measures which include the introduction of a COVID-19 criterion in the ASYCUDA World Customs System, which directs a list of low risk importers and a list of specified essential goods for the management of the crisis as provided by the government.

Zambia Revenue Authority (ZRA) has introduced various measures including processing of exports at inland ports and heightened awareness for importers/exporters to conduct pre-arrival clearance and registration. At the same time, ZRA is promoting the use of electronic payment processes which is yet to catch on.