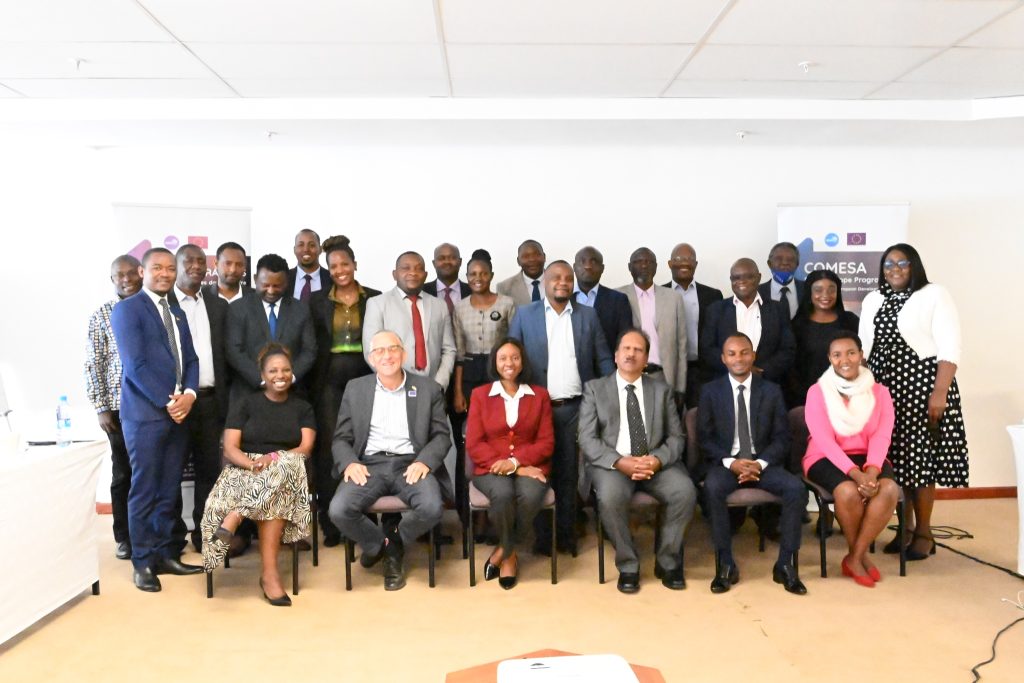 The European Union (EU) has granted a no-cost extension to the Small-Scale Cross Border Trade Initiative (SSCBTI) programme by 31 Months. The Project will now end in December 2024 from the initial deadline of May 2022.

Assistant Secretary General for Administration and Finance Dr Dev Haman revealed this in Lusaka during the opening of the third Meeting of the Project Steering Committee for the SSCBTI on 8 August 2022.

The programme has had four years of implementation and has made good progress with tangible successes in working to formalize small-scale cross border trade flows in the COMESA-EAC-SADC tripartite region. Therefore, this extension will allow for implementation of the remaining activities that are pending.

“We had challenges owing to the delays in the recruitment of project staff at the beginning of the programme, coupled with the COVID pandemic which limited physical interactions at Member States level for two years,” said Dr Haman ‘this programme requires on the ground interactions and thus was heavily affected,”.

Small-Scale cross border trade is significant in the COMESA region and accounts for 30 or 40% of the total informal trade. In addition, majority of the traders are women. The region also recognizes that this trade provides incomes and a livelihood to many people as they move essential products from areas of surplus to areas of deficit.

Hence, the SSCBTI is working to formalize small-scale cross border trade in turn addressing existing challenges such as high transaction costs arising from delays at the border, poor infrastructure at borders, high taxes and high transport costs. The traders also face bribery, corruption and harassment. Having data disaggregated by gender is also important as it will assist the region to fully understand Small Scale informal trade.

Speaking at the same event, Head of Cooperation at the EU Delegation to Zambia Mr Arnaud Bouchard commended COMESA Secretariat for introducing various trade facilitation instruments which are working to enhance intra-regional trade. He also commended the signing of Sub-delegation Agreements with Member States and called on all other countries that are yet to sign to do so.

“This programme is important to the COMESA region and it is instrumental towards achieving the African Continental Free Trade Area. We therefore need to demonstrate that Small Scale Cross Border Trade works. I urge you to speed up the implementation because there is likely no other extension coming,” said Mr Bouchard.

The SSCBTI Steering Committee serves as an important conduit for sharing progress on the implementation of the cross-border initiatives taking place in the COMESA region. They also ensures overall policy and strategic guidance and coordination to guarantee a more effective and efficient deliverable of the programme.

The COMESA Cross Border Trade Initiative is funded by the European Union under the 11th European Development Fund (EDF).