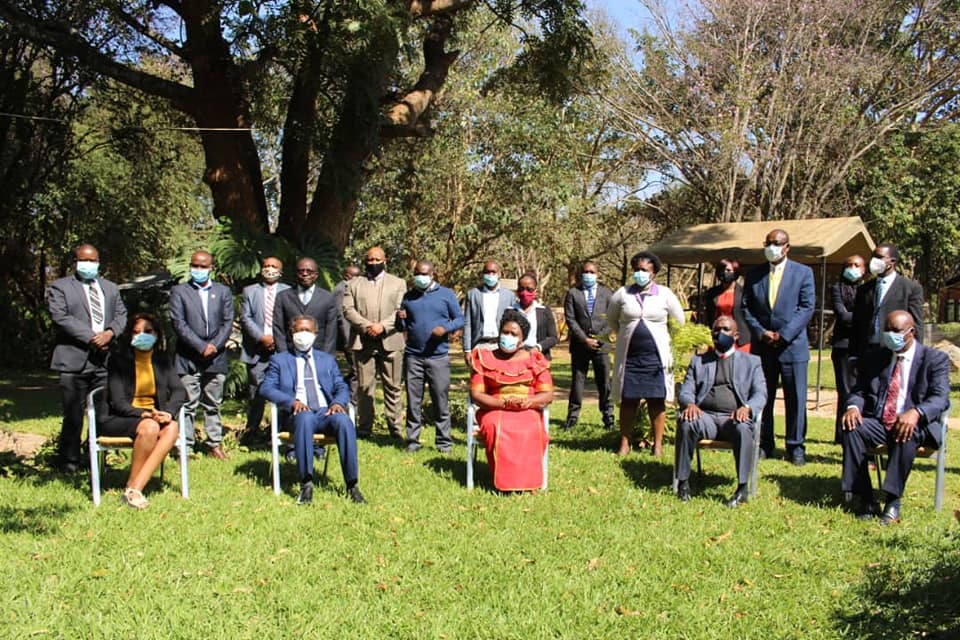 Lusaka, July 24, 2020: COMESA has been hosting national multi-stakeholders’ consultative forums to sensitize Member States on its Early Warning (COMWARN) System Vulnerability Assessments (SVAs) to establish response measures that can help in the reduction of such vulnerabilities.  So far, four countries including Uganda, Zimbabwe, Kenya and lately Zambia have been covered.

On 24 July 2020, Permanent Secretaries (PSs) from the Government of Zambia and members of the civil society attended the COMESA SVAs strategy and the Continental Structural Vulnerability and Resilience Assessment (CSVRA) and provided inputs on the implementation of the programme.

The one day session, was conducted in Chisamba, near Lusaka and was a follow-up on the national multi-stakeholder consultations conducted in September 2018 and May 2019.

Zambia’s Minister in the Office of the Vice President Olipah Phiri, who opened the forum,  said the government was on course to undergo a voluntarily structural vulnerability assessment in line with the African Union resolution. To effectively respond to all emergencies, she said, the government has prioritized the establishment of a people-centred early warning system to ensure timely dissemination of information to communities at risk.

“To this end, the Disaster Management  and Mitigation Unit (DMMU) under the auspices of the World Bank is currently putting up a modern National Emergency Operations Centre (NEOC) which will act as a command and control centre for  handling all emergencies in the country,” she said.

She described the training as timely given that Zambia is also preparing for the General Elections in 2021. She revealed that the government will establish a Situation Room soon to act as an early warning system for monitoring all the indicators that may trigger internal conflicts.

The meeting noted that most conflicts are triggered by climate change related factors such as access to water and land due to increase in draughts. For Sub Sahara Africa alone, climate change accounts for about 30% of internally displaced persons. However politically, socially or economically motivated conflicts also contribute to the internal displacement of people hence the need to have structural vulnerability and resilience assessment and mitigation strategy.

With the COVID-19 pandemic in the region, Member States such as Zambia can utilize an efficient early warning system to track, monitor and prepare adequately for any disaster.

COMESA Secretary General, Chileshe Kapwepwe, urged the PSs to champion the SVA and CSVRA processes at the national level and start the process of taking the process forward by officially writing to the AU.

“COMESA and the AU will work together to mobilize the necessary resources for the CSVRA process and we look forward to Zambia being a leader in the region in volunteering and undergoing the process,” she said in a statement presented by Assistant Secretary General in charge of programmes, Ambassador Kipyego Cheluget.