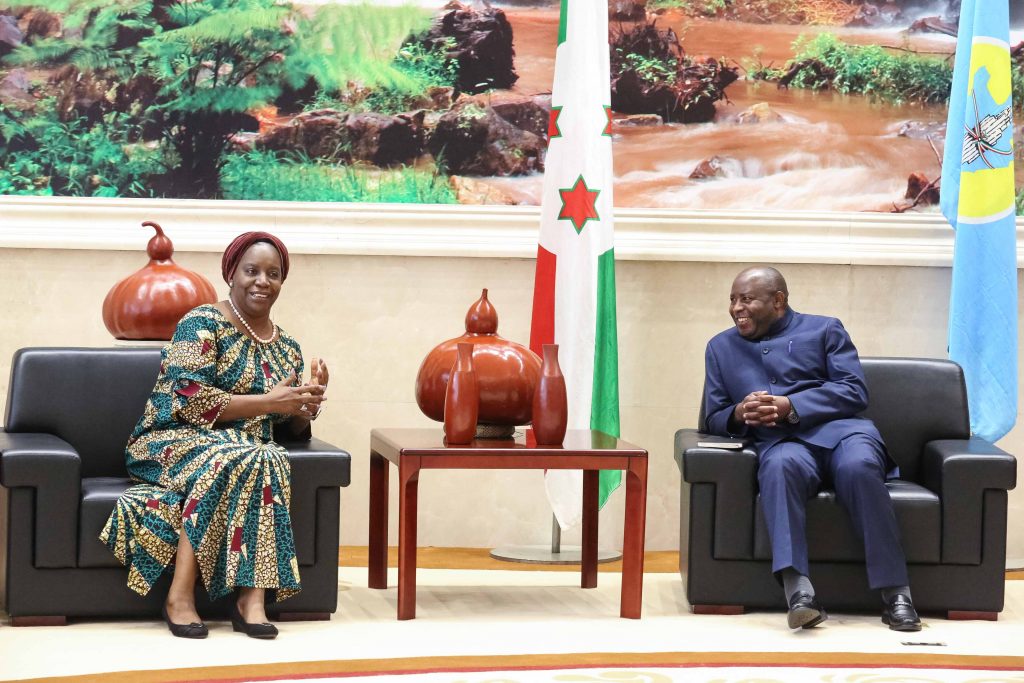 President Evariste Ndaishimiye of Burundi has reaffirmed his government’s commitment and support to COMESA’s regional integration agenda and called for deeper trade within the 21 Member States. He has urged the region to focus on implementing programmes that benefit the people by encouraging the growth of businesses and interaction. He said this during a meeting with a delegation from COMESA Secretariat led by Secretary General (SG) Chileshe Mpundu Kapwepwe in Bujumbura.

The meeting with the Head of State was part of a two-day working visit for COMESA to update the Burundi leadership on ongoing regional programmes and projects. The two leaders discussed several issues on trade facilitation and enhancing collaboration among others. They also reviewed the implementation of COMESA programmes by Burundi which has been a member of COMESA for many years.

“ Our government believes in the ideals of COMESA and we are determined to continue working to deepen trade and integration with the other Member States,” said President Ndaishimiya during the meeting held on 18 May 2022 at the Presidential Palace.

Secretary General Kapwepwe used the opportunity to brief His Excellency on the state of integration focusing on programmes that foster inclusive and sustainable development in the region. She also highlighted on areas which Burundi could tap into, to benefit more in the region.

“Burundi can access some of the US$425 World Bank funds which has a US$10 million component for capacity building in Member States for their bankable projects in off-grid renewable projects,” Ms Kapwepwe said.

Earlier, the Secretary General held bilateral meetings with the Minister of Foreign Affairs and Development Cooperation Amb. Albert Shingilo, Minister of Finance Hon. Domitien Ndihohumbwayo and Permanent Secretary in the Ministry of Trade, Industry, Tourism and Transport, Madam Catherine Faida and senior government officials. Representatives from the Chamber of Commerce and Industries also attended the meeting.

This was the second official visit to Burundi for Ms Kapwepwe as Secretary General. Others in her delegation were the Director of Trade and Customs Dr Christopher Onyango, the Director of Human Resources and Administration Mr Dumisani Banda, COMESA African Union Liaison Officer, Amb. Salvator Matata, SG’s Executive Support Officer Maluba Sinyambo and Phillip Kambafwile from Corporate Communications.