COMESA is Resetting Relationship with its Institutions 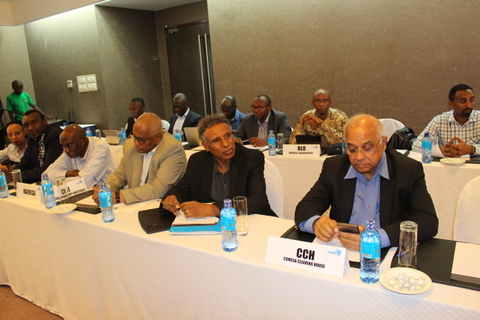 Specialized institutions established under the COMESA Treaty are among the best rated in the African continent with some attracting membership beyond the regional bloc. The Secretariat and the institutions are developing a cooperation agreement to guide their relationship to not only keep pace with the changing dynamics but ensure the interest of other stakeholders are safeguarded.

Over 10 institutions have been established since the creation of the regional bloc, firstly as the Preferential Trade Area for Eastern and Southern Africa, the precursor to COMESA.  They specialize in different aspects of regional integration including finance, insurance, industry, investment, competition policy, women affairs, energy among others.

In coming up with a cooperation framework, the Secretariat and the institutions seek to create a nexus that balances the institutions’ responsibilities to COMESA, and the interests of the other external stakeholders.

“As institutions grow, linkages may loosen,” the Secretary General of COMESA Chileshe Kapwepwe observed during the first meeting with the new Chief Executive Officer of the ATI Mr. Manuel Moses two weeks ago.

ATI is one of the institutions that have excelled and attracted membership beyond COMESA region together with the Trade and Development Bank (TDB), the PTA Reinsurance Company (ZEP-RE) and the COMESA Bureaux of the Yellow Card. For the last ten consecutive years, the ATI has been assigned ‘A’ rating by Standard & Poor’s for both its Counterparty and Insurer Financial Strength Ratings.

Underlining the critical role of the ATI  in building investor confidence in the region, the Secretary General said:

“Our Member States have big infrastructure deficits which are great opportunities for investors, but the investors are wary of the risks involved. This is where the ATI comes in to ensure such risks are mitigated and investor confidence is restored.”

She added that even though the ATI has attracted countries and institutional shareholders outside the regional bloc, many COMESA countries were still not Members of the agency.

Going forward, she said COMESA Secretariat will be inviting the ATI and the other institutions in meetings and missions to Members States, to give them platforms to sensitize them about their services and products and thereby drive membership.