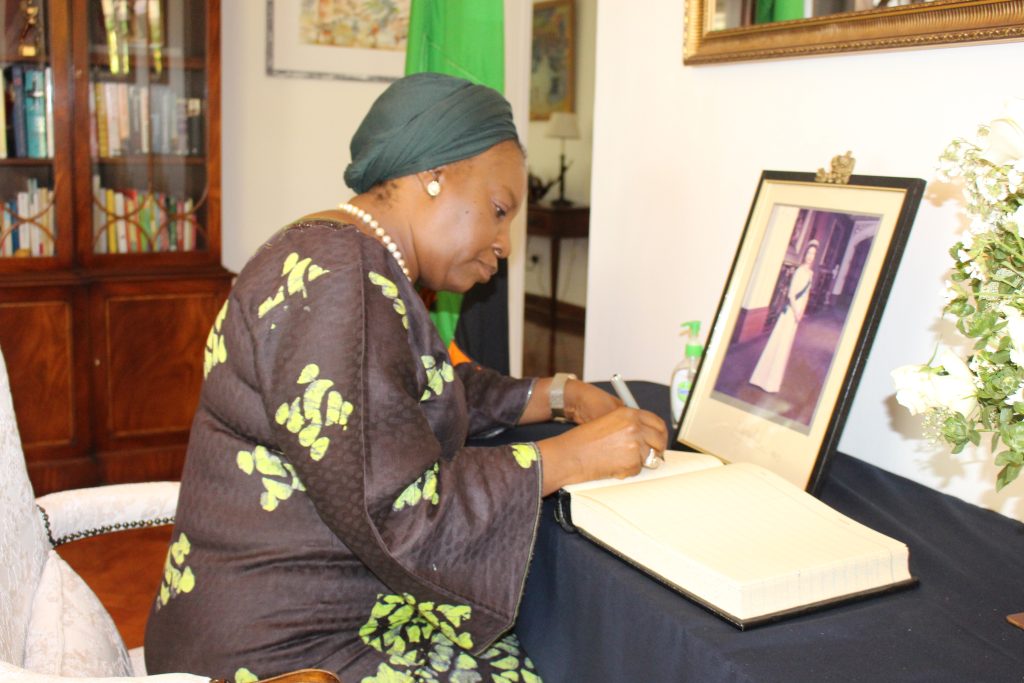 Secretary General Chileshe Mpundu Kapwepwe signed the Book of Condolences at the British High Commissioner’s residence in Lusaka on 16 September 2022 following the death of Queen Elizabeth II of the United Kingdom.

“She will be remembered for her unshakable commitment and dedication to duty and service above self. I take this opportunity on behalf of COMESA and on my own behalf to offer sincere condolences to His Majesty King Charles III, the people of the United Kingdom and the Commonwealth. May Her Soul Rest in Peace,” the message reads in part.