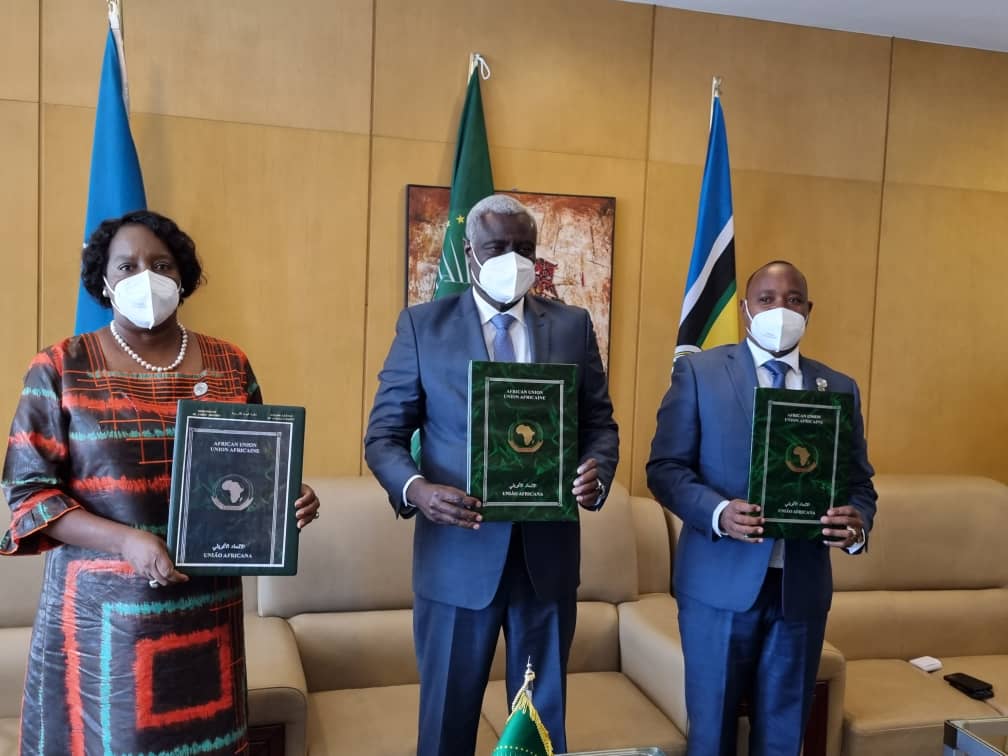 Secretary General of COMESA Her Excellency Chileshe Mpundu Kapwepwe has signed the Protocol on Relations between the African Union (AU) and the Regional Economic Communities (RECs) meant to consolidate relations with the mother body. Witnessed by the Chairperson of the African Union Commission HE. Moussa Faki Mahamat and East African Community (EAC) Secretary General Dr. Peter Mutuku Mathuki, the signing ceremony took place on Friday 4th February 2022 at the AU Headquarters in Addis Ababa.

The Protocol aims to among other things; formalise, consolidate and promote closer cooperation among the RECS and between them and the AU through coordination and harmonisation of their policies, measures, programmes and activities in all fields and sectors in line with the principle of subsidiarity and complementarity.